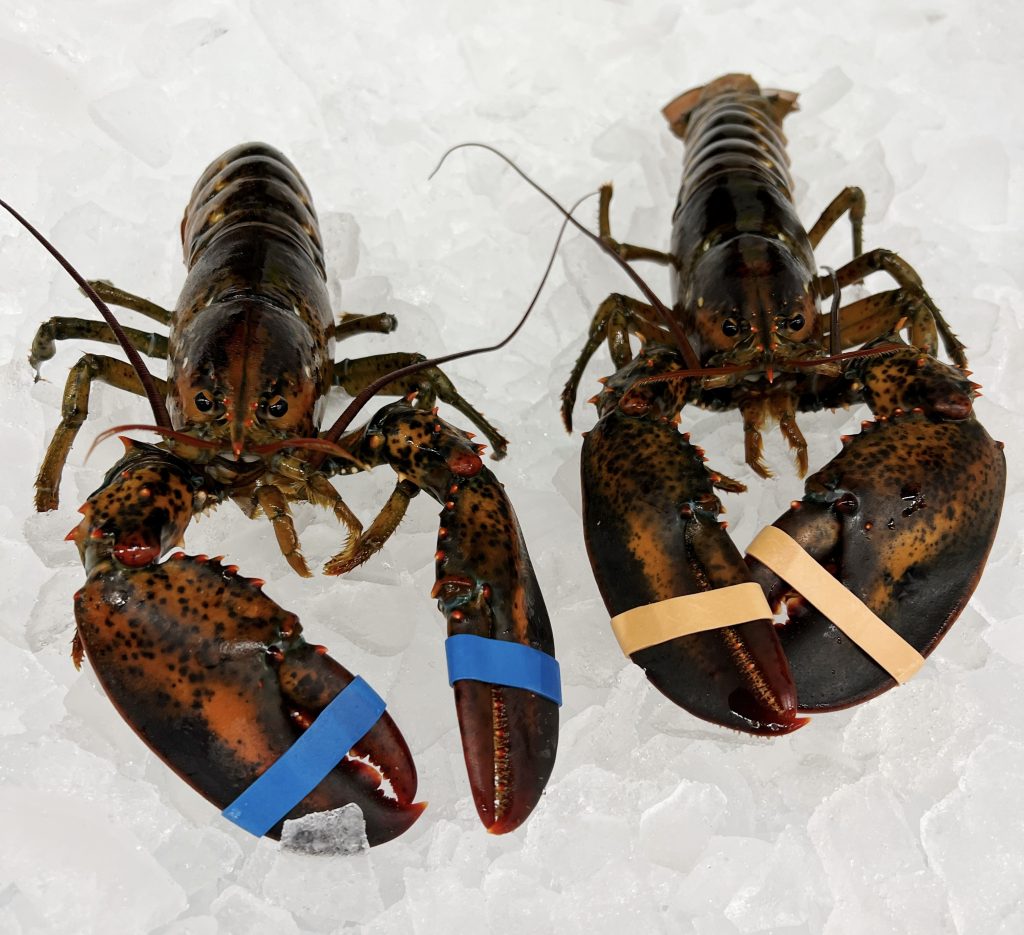 What amazes us is that the supply (volume) of processed lobster products (tails & meat) coming into the U.S. dropped 40% in 2022 (vs 2021), and, at the same time, prices declined by 40%! Logic would dictate that should not happen. But it did. However, the market has bottomed, and we are bouncing off that bottom.

We could be caught in a “short squeeze” between now and mid-May on lobster tails, especially 4-5’s and 5-6’s when the new spring season production hits the market. There is little inventory around, and lobster processing has just about stopped. Lobster tail prices will increase in the first few months of 2023, but there seems to be plenty of picked lobster meat (C.K.) on the market, and those prices are still soft.

Canada- (Zone Managed Fishery): Despite over 2,000 boats fishing the LFA’s around Southwest Nova Scotia, landings in December were disappointing. After high winds delayed the SW Nova season-opening, volume continued to be hampered by winds and poor landings for most of the month. Some areas reported volume down 30-40% YOY. Very little processing occurred in December due to the lack of available products and interest from the live trade for the holidays. January is typically a very light production month, with only a small number of processing facilities still active. The following significant openings in Canada are in early May, which is considered the start of the new production season.

In November, U.S. imports of tails from Canada were down over 34.5% and are tracking at a decline of 30.4% YTD. Imports of lobster meat from Canada declined 42.8% and are down 34% YTD. Volumes of tails and meat imported into the U.S. are tracking to be the 2nd lowest of the past decade.

Maine: Maine landings in December were limited, hampered by high winds and a lack of fishing effort due to relatively low shore prices. Maine landings typically drop off in December, and while there is fishing over the winter, it results in minimal volume until June. Maine is tracking for significantly lower landings on the year- as much as 20% lower YOY by some estimates.

Live Lobster: China’s demand for hard shell lobster was spotty in December but reportedly has a bit of January momentum before Chinese New Year, which is Sunday, Jan. 22. There will likely be an uptick of live shipments in January to China to fulfill needs. U.S. demand for live lobster has receded after the New Year, and Europe is also relatively limited. There continues to be substantial uncertainty around China’s Covid policy and its long-term effect on lobster demand.

Processed Lobster: Lower pricing has sparked some renewed interest in tails and meat, which will increase velocity for both retail and food service- both of which are facing inflationary pressures on other items. The tail market, in particular, has started to gain momentum, with significant interest in mid-size tails (4 through 6-7oz) and limited inventories in the market to supply the demand.

Live Lobster Prices: With the lackluster December landings, prices on the shore increased to $8-9/lb, depending on the area. Live prices typically increase throughout the winter due to a lack of fishing effort and landings.

The live trade will tube and hold substantial volumes of hard-shell lobster from this season to carry the business up until the spring season.

Processed Lobster Prices: Mid-size tail prices have begun to increase due to the inventory shortage and increased demand. Given the lack of production between now and May, we expect that trend to continue. There are pockets of discounting on the meat market as packers move off remaining inventory after shutting down production.