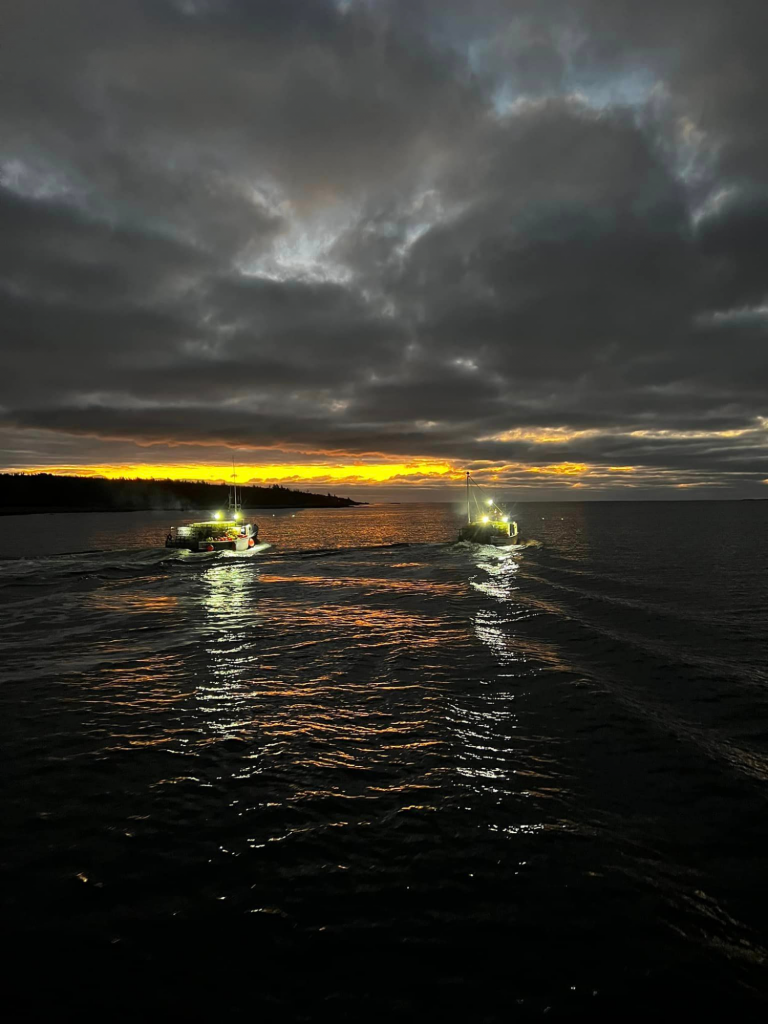 Normally, the launch of the winter lobster season in Nova Scotia occurs on the last Monday in November for the two fishing areas, LFA 33 & LFA 34, but the Fisheries Department changed the rules to allow for delays due to weather and safety issues. The DFO says that the opening day will be extremely delayed if the forecast calls for winds over 48 kilometers (30 mph) per hour.

Today, all the pots are in the water and catching lobsters. The lobster “market” could be characterized in a word as “soft.” It is currently not “flooded” with the product, but there are plenty of tails and meat sitting in storage freezers, unsold.

Processors are not anxious to add to their frozen inventory with China still on COVID lockdown and with most of the financial “talking heads” calling for a recession next year in the US and Europe.

The “battle” for what you will eventually pay for tails and lobster meat next year is being fought today on the docks in the harbors of LFA 33 & 34. The “players” in this battle are 1.) people in the “live trade,” 2.) processors of tails and meat 3.) “tubers” – people that store live lobster in tubes to ship to China for Chinese New Year and beyond. As of today, the people in the live trade are “driving the bus” and have set the dock price high such that the processors cannot afford to process and sell the tails for a loss.

They have forced the processors to sit on the sidelines, at least for the start of the season. But there are over 2000 lobster boat crews in LFA 33 & 34, and if we get a stretch of nice weather in December, the amount of product that comes ashore is astronomical, over 2 million pounds a week. So it is a gigantic “game of chicken” between the various players within the lobster industry, and we will see how it shakes out this month.